Keith has been a thought leader and innovator in the fitness industry for more than 15 years. Before Great Play, he founded FitLinxx, the leading provider of technology for tracking fitness programs in gyms. FitLinxx technology has been used by more than a million exercisers in fitness centers around the world, by the U.S. military, and by elite athletes. In 1998, FitLinxx was named one of the 20 fastest growing technology companies in the USA [Deloitte & Touche Fast 500 Awards]. Keith has appeared on CNN, Fox, and MSG Network discussing fitness trends, has been featured in the Wall Street Journal, Business Week, Men's Health, and many fitness trade journals, and has been a frequent speaker at national fitness conventions. He received a BS from Cornell University, and an MS and an MBA from MIT.

In addition to her deep knowledge of child physical development, Jyl had extensive corporate experience including nearly a decade in management and marketing roles at Microsoft during the company's meteoric rise in the 1990s. She created systems, teams, and infrastructure to scale Microsoft's field "channel" program, working with hundreds of small businesses to bring Microsoft's high end products to market. The program she helped create was so successful to Microsoft's growth that she was recognized by Bill Gates as Microsoft's manager of the year in 1996. Through that experience, Jyl brings to Great Play extensive expertise in creating the systems to scale Great Play rapidly and effectively, ensuring systems are in place to support franchisees and take advantage of growing brand reach. She holds a BS from University of Maryland and an MS from George Washington University.

As it became clear that Great Play was more than just a local opportunity, Keith and Jyl sought to round out the executive team with the technology leadership that could take the offering from the pilot stage into a wide rollout. It was an extremely targeted search, with only one name coming to mind! David Bolen had worked with Keith as the CTO of FitLinxx for a number of years. He displayed a rare blend of technological wizardry combined with strategic vision and practicality, that is perfect for Great Play. David has prior experience at AOL, ANS and IBM, and a BS from Carnegie Mellon University. He joined as a partner in Great Play in 2008. 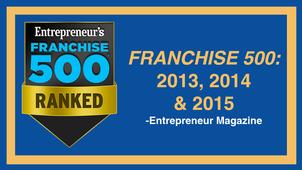 A uniquely engaging experience for children of all ages! - USA Today 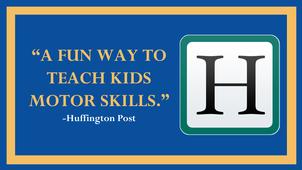 Resources for Parents: Introduction: As a parent, you influence the physical development and fitness of…

Getting Your Kids Started With Organized Sports: Some thoughts for parents to keep in mind…

Useful Links: We have provided these links to external sites that we feel may be…
More articles